March 18th marks the halfway point of the Legislative Session.

Earlier this week, the House budget committee wrapped up the appropriations bill. In the committee’s bill, selected TSD staff will see a salary increase. Additionally, a little more than half of what was requested for TSD campus master plan was funded. Other TSD requests were adopted as part of a “wish list.” The House budget committee will meet to discuss the bill again on Monday, March 18th.

On Tuesday, the House Public Education Committee received public testimony on Chairman Dan Huberty’s school finance bill, House Bill 3. It was reported that over 100 people registered to testify on the bill. Some witnesses spoke on the issue of funding special education. Read Coalition of Texans with Disabilities position HERE.

On March 19th, the Senate Education Committee is scheduled to consider a couple of bills relating to Deaf and hard-of-hearing:

Senator Zaffirini’s SB 54 would remove from school district accountability calculations students who attend regional day school programs for the Deaf in certain districts but whose parents do not reside within the physical boundaries of those districts.

Representative Mary Gonzalez’ HB 637, relating to TSBVI and TSD’s superintendent salaries, has been placed on the March 20th General State Calendar. The full House will discuss the technical change bill that removes an old provision in the Education Code that is in conflict with the General Appropriations Act.

A list of bills we are tracking can be viewed HERE.

The House of Representatives adjourned until 3 p.m. Monday, March 18. 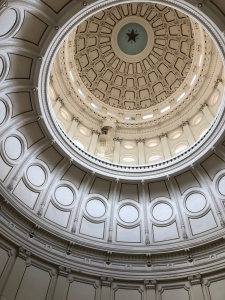 The views and opinions expressed in this blog are those of the authors and do not necessarily reflect the official policy or position of the Texas School for the Deaf or the State of Texas.